Please accept my apologies in advance for the extremely long post. My intention was to create something with just the right amount of information — not too much to be overly repetitive for those currently in the competition, yet descriptive enough for those who want to learn the technique. I hope next time to accomplish that in fewer than a gazillion words!

Feel free to click here to skip ahead to the feature presentation! When I first began my journey into the wonderful world of soap making, I scoured the Internet for every bit of information and inspiration I could find. Fast forward a little over a year later and what do you know! Amy is calling it the Pipe Divider Swirl.

The Soap Challenge Club creates a strong motivational compulsion to actually try a new technique. At least it does for me. Challenged to actually attempt the featured technique instead of putting it on a list to try someday , and challenged to replicate the technique to the best of my ability.

I did try to make a rimmed soap, but it went seriously wrong — really should have followed the method suggested! Still after a slight break, I decided to have another go so have signed up for the next three challenges starting this month with the Pipe Divider Swirl. The first challenge was adapting the technique to the equipment I have. I have not yet got round to ordering or making a slab mould so decided to simply use my log mould.

Figured I could get the same effect if I cut the bars horizontally. This worked okay although they were a little wonky note to self — add decent soap cutter to shopping list as well as slab mould. The next challenge was sourcing the PVC pipe couplers. Undaunted I simply bought a 3m length of PVC pipe con fident that I could cut it into smaller lengths. I ended up with rather squint and very ragged cuts. After a bit of pairing with a craft knife they were just about okay.

I used melted cocoa butter, as suggested, to set them into the mould and added a tiny bit extra inside to try and seal up any imperfections in the seal. This actually worked okay. Although a little early to fully assess, the trimmings gave a beautifully soft, fluffy lather. My fragrance was a natural lavender and basil fragrance oil which accelerated trace a little which made it hard to get a nice, level top. 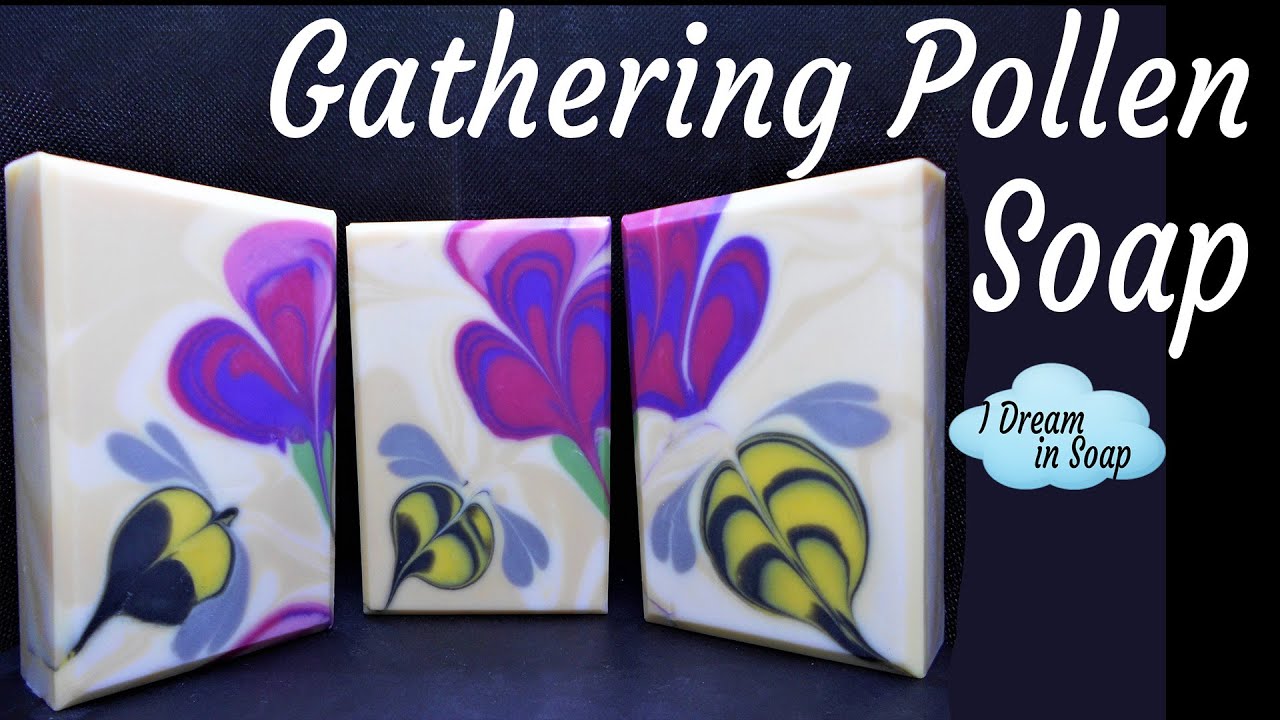 This month the challenge is to use a variety of pipes to have sections of soap that is a different colour all the way to the bottom of the mould and to then swirl the top however we please. First task — find suitable pipes! I felt the 20mm looked a bit too small so for my first attempt I used 3x 36mm and 3x 43mm. I melted a little cocoa butter to hold the pipes in place and left it to harden back up — this took way longer than I expected it to so I ended up popping it into the freezer to speed things up!

For my 2nd attempt I found a different hardware store that had some 50mm couplers as I felt that I needed more pipes. I used 2x 50mm, 3x 43mm and 2x 36mm for this attempt and this is how my mould looked with the pipes held in place with the cocoa butter before I started. I used a favourite recipe of mine which contains castor oil and also shea butter — I think the castor may have caused my soap to thicken up quicker than I would have liked.

I used peppermint and lime essential oils in an attempt to create a mojito like smell in the finished soap. I managed to pour my base colour no problem but the soap for inside the pipes was getting a little too thick and by the time I pulled the pipes out they pulled a fair bit of the soap out with them. I think I got a couple of smaller butterflies but the bigger sections of soap just look kind of blobby to me now.

This soap stayed a bit more fluid so I was able to swirl the tops a bit more than in the 2nd attempt — but I forgot my goal was butterflies so I just ended up with a pretty swirl instead. Here it is just poured and the day after — check out the ash on there!! I steamed the top but to me the colours still looked a bit muted, like there was still ash on top so I planed the top of this one a little too. 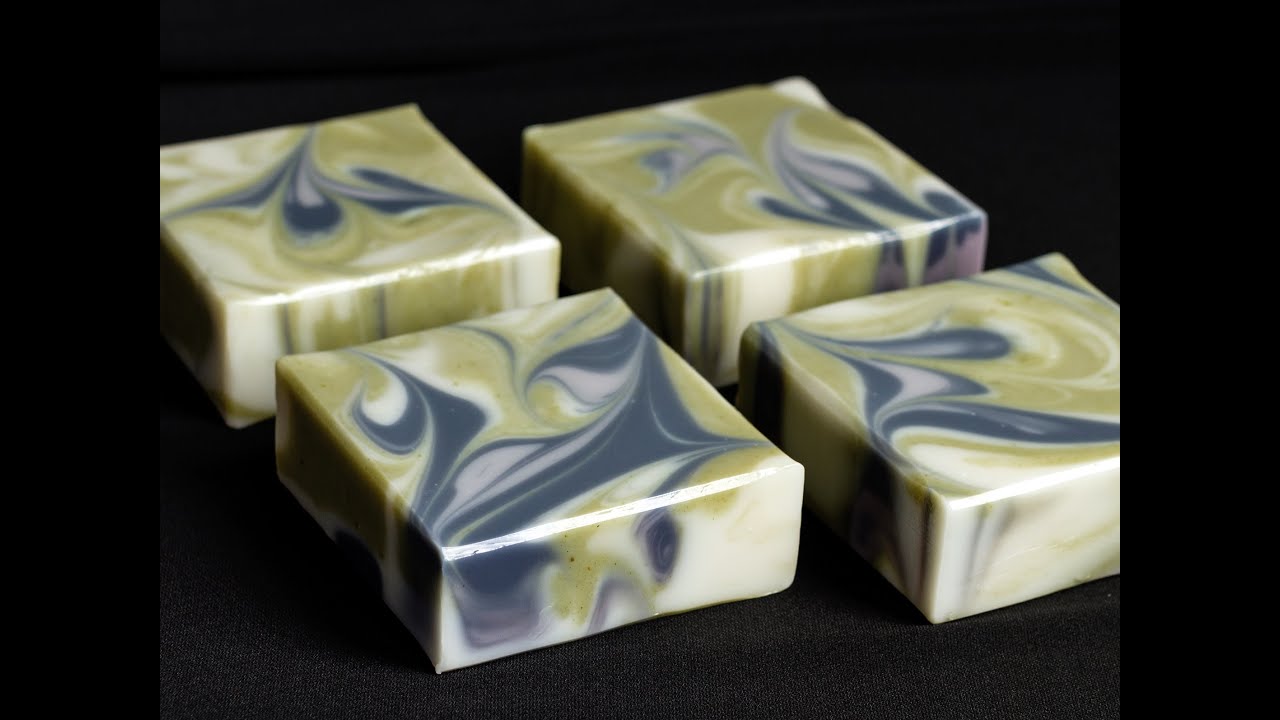 Crazy awesome that is! The main difference between the Taiwan Swirl and the Circling Taiwan Swirl is the Circling Taiwan features the extra step of swirling around the edge of the mold. This technique requires first making long sections of color. But, this tool sure makes it easy. To make sure I had time to swirl, I used the Swirl Recipe Quick Mix that contains plenty of slow-moving oils, and the Electric Lemonade Cocktail Fragrance Oil which behaves well in cold process soap. 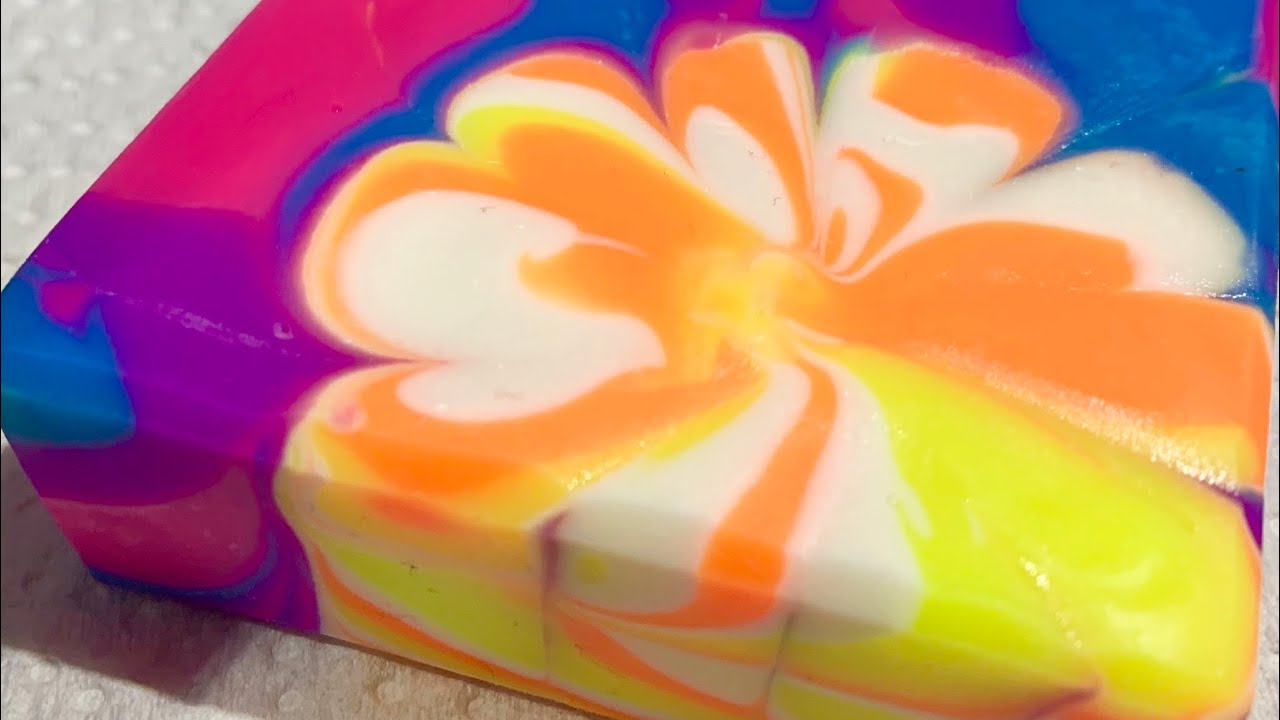 I have tried once in April this year, and theme of the month was the Teardrop technique. I had a lot of fun learning this technique and creating my version of it. I made three different soap from this technique. So this month, I decided to give it a try the second time. I love this challenge because hundreds of seasoned soapers participate in this competition to learn new techniques and showcase their talent.

Many soapmakers are like me, work alone from home. For this challenge, I needed to use multiple pipe dividers AKA PVC pipes. So the first thing I did was to go to a local hardware store and bought pipes with different sizes. I asked the shop clerk to cut it into 10cm 4 inches each. To my disappointment, edges of the pipes were too rough and not even after the cut, so I had to smooth the edges by myself with a sandpaper.

Then I lined a cardboard box with a freezer paper because I did not have a slab mold. For this particular design, I chose a tropical flower motif.

Grapefruit Smoothie — soap submitted in challenge contest. Of course, the first time I tried this technique, it turned into a disaster! I was under some time constrains, but hoped I could just whip up a practice batch in my 6-bar slab mold. Yes, I was delusional! Very rarely do I add my Fragrance Oils to my fixed oils, but since neither one of these has ever given me any trouble — and since so many people use this technique, I thought it would be the simplest and quickest way to go.

I used NG fragrances. I added my lye-water to my oils when both were at degrees and stick blended to just emulsified, figuring I would need to wait a bit after adding the colors to get it even thick enough to pour. Boy, was I totally wrong! I barely got the colors mixed in before it was a gloppy mess. Then I attempted to swirl it all and banged it to death. Second Batch: Rosemary Mint in 9-bar mold. Plan: Use 9-bar slab mold to make 8 bars, about 48 oz.

Winners of the Pipe Divider Swirl Challenge. For the month of September, the Soap Challenge Club has re-visited the Pipe Divider Swirl. This was the first time we have ever done the same technique twice. It had been three years since the first time, and so many new members have joined since then!  · Pipe Divider Swirl – Soap Challenge This month the pipe divider technique was practiced on the soap challenge club and I have to mention that this is a really great technique. Especiall y when it come to the swirling isn’t it just the best when swirling in a slab mold that you can see the swirl you’ll get immediately?

Such a beautiful design! I love the rich colors you achieved with natural colorants. I had never heard of coptis powder, so I had to look that one up. It is a very bright yellow! I’m so glad you enjoyed the challenge – definitely satisfying to see the swirls! Thank you Amy for your nice comment! I used the Coptis powder for the first time for the pipe divider swirl, I got it from Naturkosmetik-Werkstatt. I used less in my first attempt and the color is more like a neon yellow without any sparkles!

Great use of natural colors – now I want to look up coptis powder! These are so incredibly vibrant! You did such an amazing job with your colorants, and that swirl is spectacular! Now I must add coptis to my list of colorants to try! Thank you so much Debi!